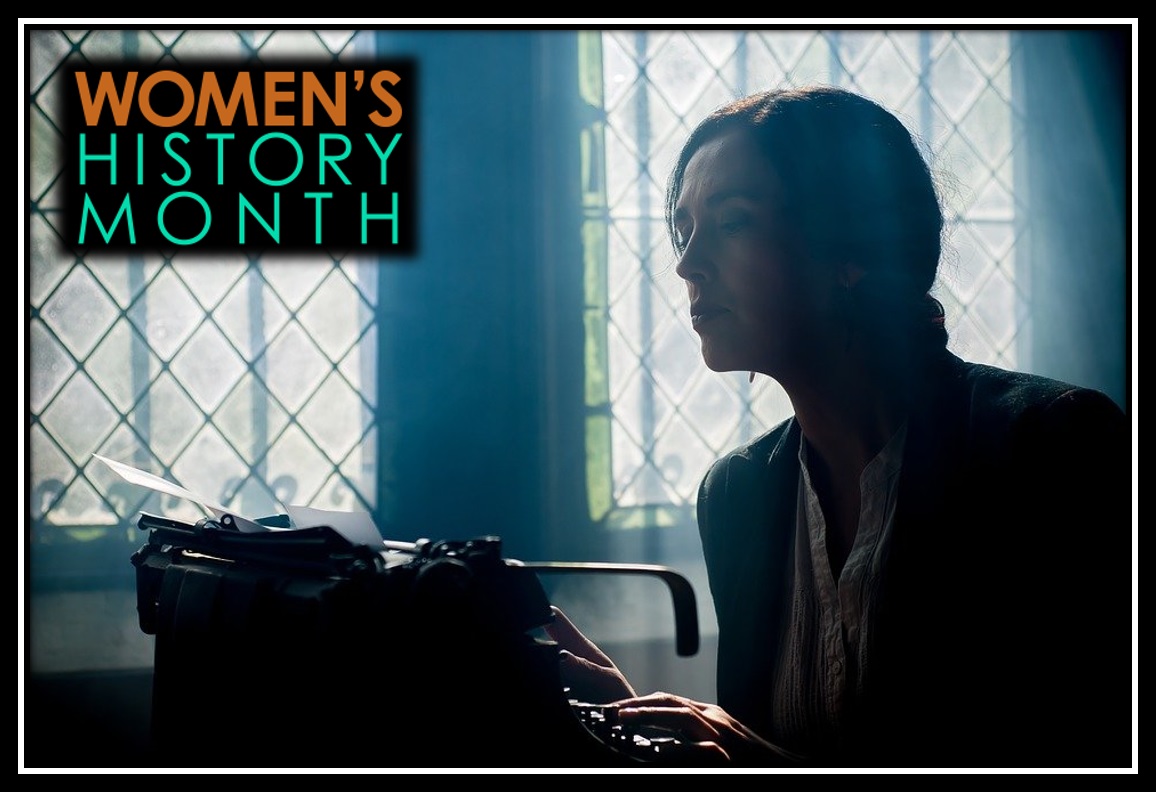 March is Women’s History Month, and I’d like to wrap it up with a list of my favorite female authors. Obviously, this is just personal preference based on the authors that I’ve read, not any objective standards. Let me know in the comments below if you have any favorite women writers, and how similar your lists are to mine. 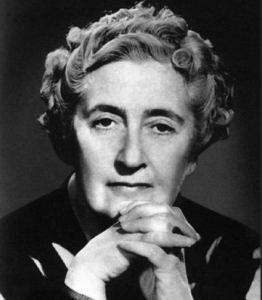 Known as the Queen of Crime, Agatha Christie was an incredibly prolific and popular mystery writer in her time, and that popularity hasn’t slowed. In fact, after selling billions of books around the world, she’s become the best-selling novelist of all time. This is especially impressive considering she even taught herself to read! She only had a little formal education until she was fifteen or sixteen years old, at which point she went to a finishing school in Paris. Her first published work was a poem that got into a local London paper when she was eleven. When she was sick with influenza, her mother suggested writing stories to entertain herself, and later, her sister challenged her to write a detective story. It all blossomed from there, and she went on to create several mystery series and stand-alone works that are beloved by many people. Some of her famous creations are the detectives Hercule Poirot and Miss Marple, the play The Mousetrap, and the novel And Then There Were None. That last one is one of my all-time favorite books, and I’ve enjoyed lots of her other works, too. One less-known series that I think deserves more attention revolves around her husband-and-wife detective team Tommy and Tuppence. They shared a few fun books together, and I also liked the 1983 tv series Agatha Christie’s Partners in Crime that adapted some of their adventures.onsectetur adipiscing elit. Ut elit tellus, luctus nec ullamcorper mattis, pulvinar dapibus leo. 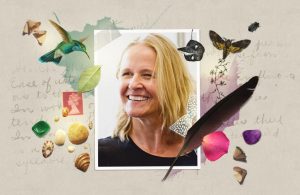 Coming from a background as a social worker, Cornelia Funke started writing stories that would appeal to the children she worked with. As a result, her books tend to feature children who are strong in difficult situations while still acting like children (instead of mini-adults). At the same time, her books are imaginative and immersive enough to suck the reader into her worlds. She’s best-known for books like The Thief Lord and her Inkheart series. Another favorite of mine is When Santa Fell to Earth, which a short Christmas story. 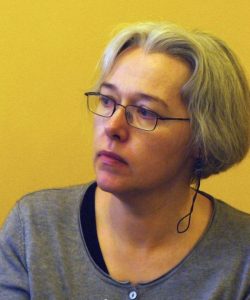 Susanna Clarke may not have as many published works as some of the other authors on this list, but the ones that are out there are incredible works of art. In her personal life, she enjoys reading the works of classic British authors like Sir Arthur Conan Doyle, Charles Dickens, and Jane Austen. This definitely comes through in her debut novel Jonathan Strange & Mr Norrell, which reads like a classic novel but is an alternate-history fantasy involving the return of magic to England during the Napoleonic Wars. I can’t say enough good things about this novel, which has imaginative world-building and great character development. It’s long enough that it might look intimidating at first glance, but it’s well worth it. (Tip for new readers: The footnotes are part of the world-building. Some contain references to in-universe sources, and some tell more stories within the larger story. You can skip them if you want, but they really do add to the work if you stick with them.) Clarke also wrote a book of short stories set in the same universe called The Ladies of Grace Adieu and Other Stories, though sadly, ill health slowed her writing after that. Last years, she wrote another amazing fantasy novel called Piranesi, which came out last year and is much shorter. (I talked about that one in my “2020 Book Reviews” post.) 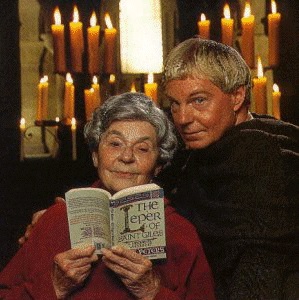 Edith Pargeter had an interesting career life before her writing. She started working as a pharmacist’s assistant during the 1930’s, and when the Second World War came around, she took an administrative job in the Women’s Royal Naval Service. In 1944, she reached the rank of petty officer and received the British Empire Medal. Shortly after the war, she visited Czechoslovakia and took an interest in the people and language. She became fluent in Czech and translated a number of Czech works into English. Her own writing career, which partly took place under various pseudonyms including Ellis Peters, often fell into the mystery genre, historical fiction, or both. Thanks to her time in the service, she has a number of works involving soldiers, including one trilogy set in World War II. Because of her Welsh ancestry, Pargeter also features this country and its people in a number of her works, most famously in her Brother Cadfael series. This medieval series revolves around a Welsh Crusader-turned-monk who helps the local sheriff solve crimes with his knowledge of human nature and early forensics. This is a really great series, and I’ll also plug one slightly less well-known book. Pargeter wrote a mystery-comedy novel called Never Pick Up Hitch-hikers! If you can find it, it’s a quick, fun read. 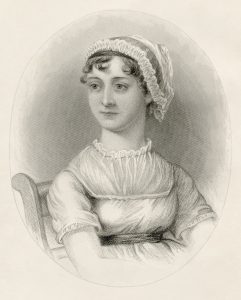 Jane Austen comes up a lot in conversations about great female authors, and for good reason. Her insightful social commentary mixed with humor and romance capture the imagination of today’s readers as well as it did for the original audience. Unfortunately, we don’t know much about her life. Her family wrote a few biographical notes, and a few of her letters survive, too, but these were often heavily censored. Her sister would cut out parts of letters intended for younger family members since she believed that Jane’s writing was too “acidic or forthright” when talking about other people. After reading her heroines like Elizabeth Bennet, I find that easy to believe. Bennet stars in Pride and Prejudice, which is one of six novels that Austen published. She had a few shorter works, too, but the novels are what she’s mostly known for today. 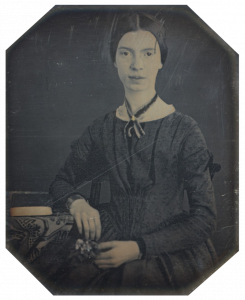 Emily Dickinson was a solitary woman and a prolific writer. As a young girl, she enjoyed a rigorous academic life, though she had to take some time off due to illness. From a young age, she also had a growing horror of death, especially after Sophia Holland, a second cousin and close friend, died of typhus in 1844. She found some peace the next year after a religious revival came through her hometown in Massachusetts, but she still thought a lot about the topic, as reflected in one of her most famous poems, “Because I could not stop for Death.” Dickinson only published ten poems and one letter during her lifetime, but after her death, her sister found a large cache of writing, and now we know of almost 1,800 poems. Common themes in her work besides death include spirituality and society. 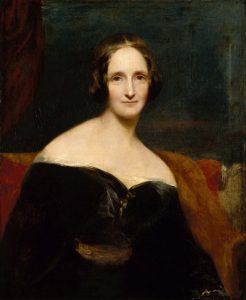 Mary Shelley née Godwin loved writing stories from childhood, though she seems to have gotten rid of most of that early work when she ran away with already-married author Percy Bysshe Shelley. The two of them would later marry after the death of his wife, but they were still often socially ostracized. In the course of her life, Mary wrote a number of novels, short stories, travelogues, and more, but for a while, she was mainly known for her efforts to get her late husband’s work published and for her own novel Frankenstein. Shelley famously got the idea for Frankenstein in a dream while she and several fellow authors were at a lake retreat and challenged each other to write a ghost story. However, there’s plenty more out there for the avid reader. Shelley wrote during the Gothic period, and her works often revolve around both human emotion and thought-provoking subjects. 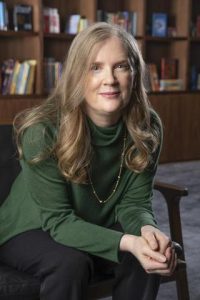 Suzanne Collins started writing for children’s television shows in 1991 and got inspired to write kids’ books after meeting author James Proimos. Her first book was Fire Proof, which was written as part of a Nickelodeon show she was involved with called The Mystery Files of Shelby Woo. Besides that, she started her literary career with The Underland Chronicles, which was written for middle grade readers and moved onto a few other projects including her famous young adult trilogy The Hunger Games. This dystopian series deserves all the praise it gets, and it earns a little extra credit for its prequel, The Ballad of Songbirds and Snakes. Most of the time, when a creator revisits a popular franchise years later, it comes across as an unnecessary cash grab, but in this case, Collins wrote a work that expanding the world and included some interesting characters. Even though some had predetermined fates thanks to the other trilogy, I was totally absorbed in finding out how they got there and what would happen to the others. (I also talked about this one on that review page.) 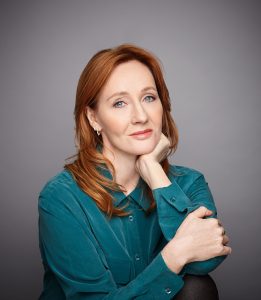 I wasn’t sure whether or not to put this one on the list or where it should go, but in the end, I couldn’t leave her off. The reason is that I really, really loved Rowling’s first three Harry Potter books. They have great characters and stories and pacing in a colorful, imaginative world. Books four through seven I still enjoyed, but a little bit less with each one. I also liked her book The Ickabog, though I found it a little disjointed. (A fuller review of that one is also on last year’s book review page.) Everything else I’ve read of hers, though, has been very disappointing – usually boring, cliché, or both. I haven’t read everything she’s written, so it’s possible I’m missing some more gems, but I’m wondering if she’s fading out after a hot streak. That said, the stuff that’s good is incredibly good. If you’re a fantasy reader, you’ve probably already heard of if not read Harry Potter, so I’m not telling you anything new, but those books are why she’s on my list. 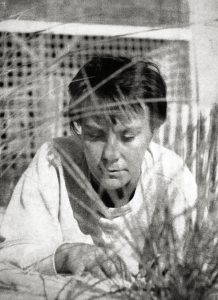 This was another hard call, since Nelle Harper Lee has only published two works, and one of those was fairly controversial. To Kill a Mockingbird is an American classic, and it deals with themes of race and class through the eyes of Scout – a girl who’s just starting to grow up and learn more about the world around her. Her other credited work was Go Set a Watchman, which was published a year before her death. It was published as a sequel to her first book, but for a while, people argued about how much of it she’d actually written or whether she’d truly consented to having it published. Eventually, it was confirmed to be an early draft of Mockingbird, but fans were still shocked to read it in the way it was presented to them. Scout’s all grown up in Watchman, and in this book, she learns that her gentle, wise father who spent his time championing a black defendant in court was secretly a racist. It’s certainly a blow to the legacy of the beloved lawyer Atticus Finch if you read it as a sequel now. If instead you look at it and think what might have been, it might make you appreciate Mockingbird a little more, because that was one gripping work that still deserves to be read and discussed.

Unrelated Harper Lee fun fact: I share her birthday on April 28. That doesn’t really fit into my list or reviews at all, but I felt like I had to mention it.

As I whittled down my list, these were a few of the last authors standing, along with some of the works they’re known for.