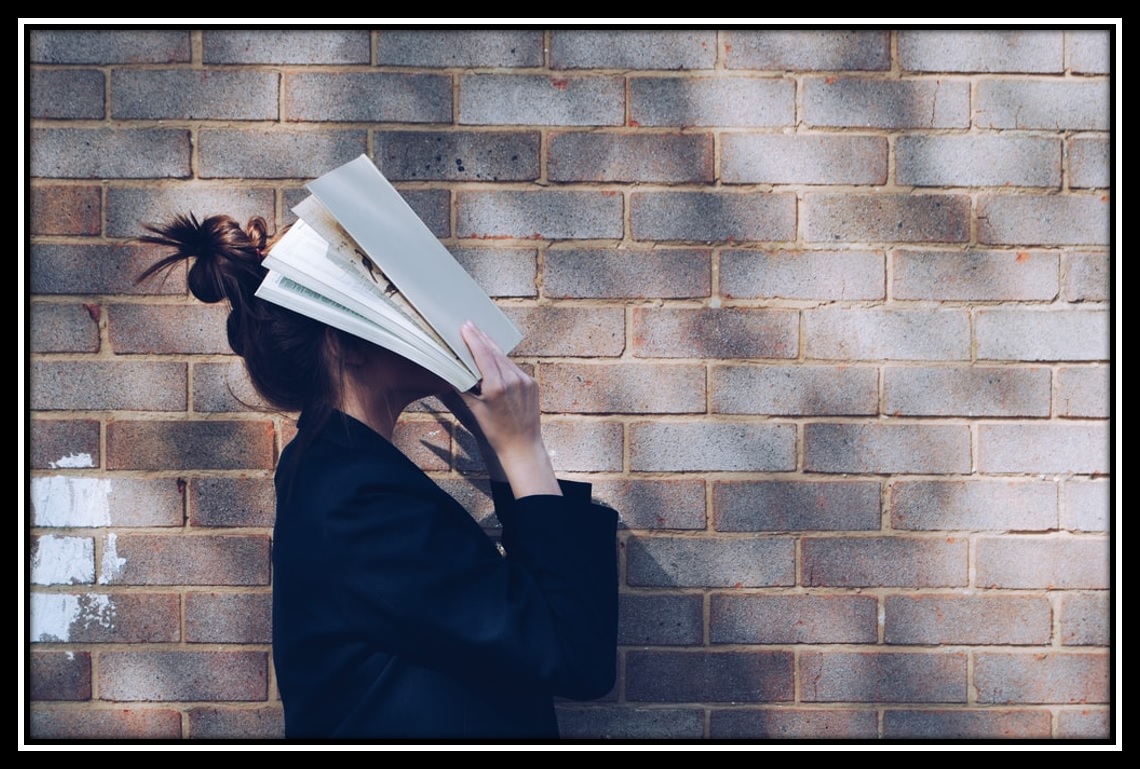 Have you ever heard that you shouldn’t judge a book by its cover? Well, you probably should. It can give you a pretty fair idea of the genre and themes, but you can’t put too much stock in it. After all, unless the book was self-published, the author might not have had much control over the design. The title, though, is your first glimpse into the author’s mind. It tells you a little bit about what you can expect, which is why title choice is so hard but so important.

A good book might have a bad title and vice versa, but personally, I’m less likely to pick up a book if it has a bad title. If I do crack it open, I’m not going to give it as much of a chance to prove itself to me before I decide whether or not to go the distance with it. (For the record, I haven’t read all of the books I mention in this article. I’m just picking some recent or memorable examples that I’ve had to shelve a lot.)

As a librarian, I see a wide range of titles from the intriguing to the atrocious. By this point, I have a few specific types of titles that really annoy me when I run across them. This isn’t about specific overused words, like “girl”, “dark”, or “last”, just the formulas. There are probably some that bother you, too, and I’d love to hear about them in the comments below! Hopefully, talking about some of these trends can help us all think about our title choices so we can stand out in positive ways only as we’re writing.

Meanwhile, here are my six standout title types (in no particular order) and what I assume about the books and their authors.

1. The Blank of Blank and Blank 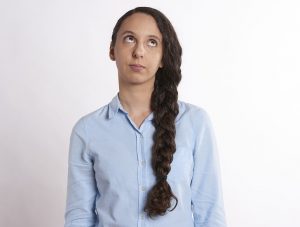 What I Assume: You want your book to be the Next Big Thing, so you’re copying other big things.

Explanation: I’m getting this one out of the way first because it’s one of the most egregiously formulaic out there. There are plenty of popular books and series out there (usually fantasy) that use this template. For example, there’s The Ballad of Songbirds and Snakes by Susanne Collins, A Song of Ice and Fire by George R. R. Martin, or A Court of Thorns and Roses by Sarah Maas. These titles are becoming a lazy fallback, and they all start to blend together if you’re reading down a bookshelf. I enjoyed the Collins book, and the name is very relevant to the story, but that doesn’t mean that we need a lot more of the same. Be very careful if you use this type of title. 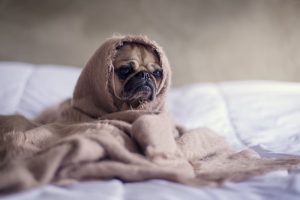 What I Assume: Your book will be as lazy as your title.

Explanation: For the record, I love good wordplay. It doesn’t even have to be Oscar Wilde-level clever to pass muster. If a book has mildly interesting wordplay in a title that’s directly related to the story, I might be more likely to pick it up. It might, at least, give me a smile. For instance, some of Cleo Coyle’s Coffeehouse Mysteries have good wordplay titles like On What Grounds, Espresso Shot, and Roast Mortem. (Wordplay titles seem the most common in the cozy mystery genre.) There are lots of ways to mess this up, though, and here are a few: 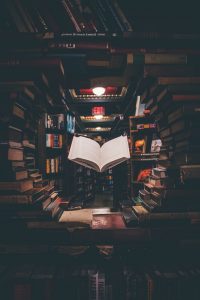 What I Assume: The story itself will lack substance because you’re leaning too hard on the works of other, better writers.

Explanation: Obviously, writers want to appeal to their readers, which is why so many books feature mainstream hobbies or settings. The logical extreme is to write a book about books, since most of your readers probably like those. And there are ever-so-many books about book lovers, bookstores, and libraries to choose from. Some recent popular books are The Midnight Library by Matt Haig (which is actually on my to-read list) and The Paris Library by Janet Skeslien Charles, but I’m sure you can think of lots more.

Unfortunately, books about books can easily succumb to one particular pitfall: Many of them spend more time talking about other books or name-dropping dead authors than they do developing their own plots and characters. Maybe it’s a shameless money grab, or maybe it’s genuine passion, but either way, it needs serious editing.

This might be seen as a quibble with the type of book not the title, but it’s kind of both. The bookish titles advertise in advance that the entire identity of this book is about books. Again, I find other aspects of a story more compelling than the setting, so hopefully your book story has something else going for it.

For combo bonus points, there are lots of books that have bookish titles that use bad wordplay, including the “murder” phrase swap. This is the one time I’m going to refrain from listing examples, because all the ones I remember are from smaller presses or less successful authors. Even with my disclaimer that the books themselves aren’t necessarily poor quality, I’d feel bad doing that. It shouldn’t matter to more successful authors if I criticize their title choices, though. 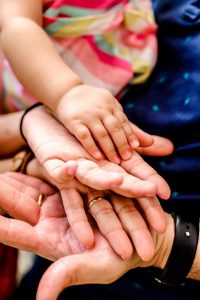 What I Assume: You’re writing about the relative of someone I would rather be reading about.

Explanation: Many times, minor characters are more interesting than the main characters, but that’s not what I’m talking about here. I’m talking about books like The Time Traveler’s Wife by Audrey Niffenegger and The Hangman’s Daughter by Oliver Pötzsch. Stories likes these blatantly advertise the fact that the story does not revolve around the person you think you’d want to read about. (Though I was very invested in The Time Traveler’s Wife book and in the 2009 movie adaptation with Eric Bana and Rachel McAdams. It’s getting re-made as a TV series, which is set to premiere next month on HBO, but I have no idea how that’ll go.)

“The Profession’s Relation” isn’t a literary term, by the way. It’s just how I think of this naming convention, and I include people who are linked to characters in other ways besides family relations, like The Vampire’s Assistant by Darren Shan or The Beekeeper’s Apprentice by Laurie R. King (though in the latter example, the apprentice eventually marries the Beekeeper, Sherlock Holmes, later in the series).

So, why does this trend exist? One reason is that the relation acts as more of an avatar for the audience. They’re usually more relatable. They often have less of a personality. It’s easier to project ourselves onto them. It’s also a convenient way for the author to explain the world, since the relation needs to learn about it somehow. The relation is often younger, too, in an attempt to appeal to a younger audience. 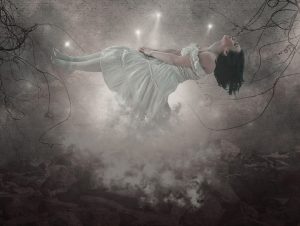 What I Assume: Your book will be as bland and generic as your title.

Explanation: Lots of perfectly respectable one-word titles exist. If your one-word title is memorable and central to the story, you’re good to go, especially if it’s a character name like Dracula by Bram Stoker. The One Gothic Word is something metaphorical or abstract that could apply to lots of stories. Usually, you find these in YA paranormal or fantasy books, but not exclusively. Examples include Twilight by Stephenie Meyer, Shiver by Maggie Stiefvater, and Fallen by Lauren Kate, plus many of the sequels to these books. Sure, some of these become successful, but this type of title isn’t going to make a book stand out from the crowd. 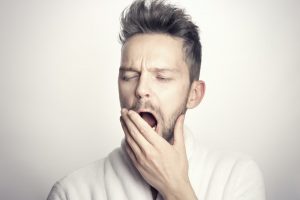 What I Assume: This is a pretentious work, and you assume I want to remember the whole title.

Explanation: I know I just rolled my eyes at a specific type of one-word novel, but you don’t want to go too far in the other direction either. Books used to have some absurdly long titles and sub-titles. For instance, the 1678 John Bunyan book usually known as Pilgrim’s Progress is actually called The Pilgrim’s Progress from This World, to That Which Is to Come. Trends eased back to a comfortable length for a while, but now they’re swinging back in the other direction. It started off reasonable enough, with works like The Girl with the Dragon Tattoo by Stieg Larsson. Now, we start to see titles like The 100-Year-Old Man Who Climbed Out the Window and Disappeared by Jonas Jonasson or My Grandmother Asked Me to Tell You She’s Sorry by Fredrik Backman. There’s a happy middle ground somewhere, and I hope more writers start to to aim for it.