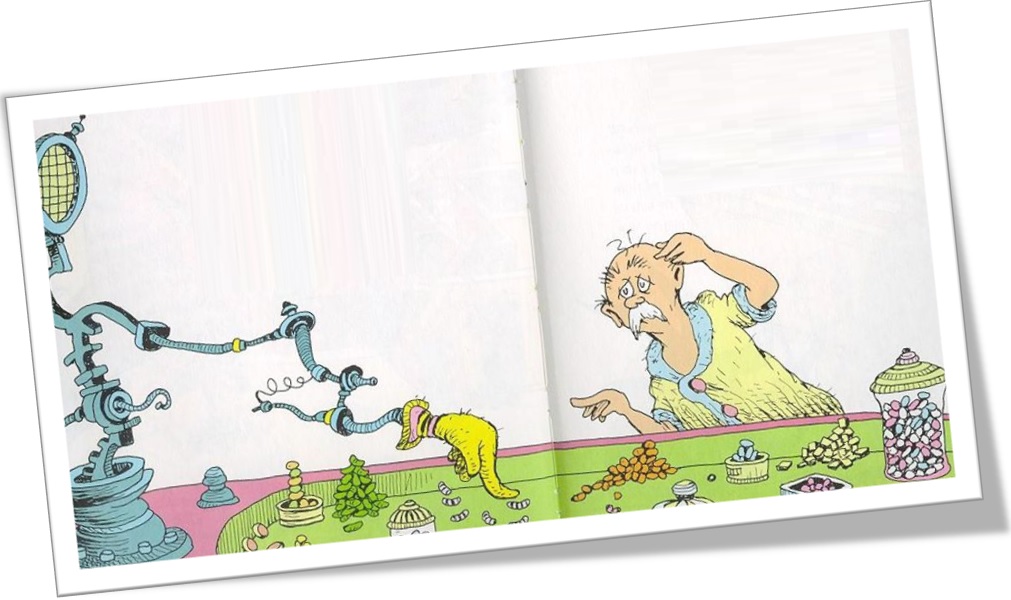 If you have kids or regularly hang out in libraries or bookstores, you might know that March 2 is National Read Across America Day in the United States in honor of the birthday of beloved children’s author Theodor Geisel, better known as Dr. Seuss.

Like lots of other kids, I grew up reading a ton of Dr. Seuss books. I loved the tongue twisters in Fox in Socks. I loved every crazy second of And to Think That I Saw It on Mulberry Street and There’s a Wocket in My Pocket. I actually hated The Cat in the Hat and strongly sympathized with the fish in that book, and even moreso the older I get. My perspective on other books have changed with time, and I find myself connecting with different books in different ways.

Dr. Seuss wrote poetry for all ages. Some of his books have lessons meant for everyone. Some were adapted into motion pictures, like Horton Hears a Who, The Lorax, and How the Grinch Stole Christmas. Others are slightly less widely-distributed. For instance, “The Sneetches” demonstrates the senselessness of discrimination, “The Zax” has two creatures who suffer because of a refusal to compromise, “What Was I Scared Of” tells the story of a character who learns to overcome his fear of someone he didn’t understand, The Butter Battle Book shows two civilizations in armed conflict over a trivial disagreement, and Yertle the Turtle and Other Stories has three tales of humility. Then there are two books that seem more for adults than children. 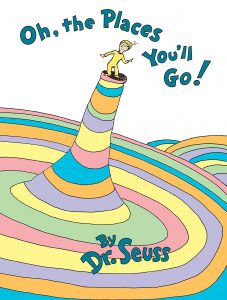 Oh, the Places You’ll Go! is a favorite graduation gift to give high school and college seniors, and for good reason. You may’ve even given or received it yourself. If you haven’t read it, though, it’s a little story about adulthood that’s meant for anyone who’s uncertain or struggling in life. Based on the cover, you might think it’s a very perky book about how everyone succeeds at life, but that’s not really the whole story. Dr. Seuss tries to encourage his readers to get out there and do things and make good choices, but he also laces the story with a heavy dose of realism. He warns that things will go well for you “Except when they don’t because sometimes they won’t.” He tells you straight out that you’ll be alone and scared stuck in places you don’t like, but he book-ends this with the hope that you can navigate the Great Balancing Act of life and that you will succeed (“98 and 3/4 percent guaranteed”). And how will you do this? “On and on you will hike, and I know you’ll hike far, and face up to your problems whatever they are.”

To quote the back cover, “Is this a children’s book? Well… not immediately. You buy a copy now and you give it to him on his 70th birthday.” You’re Only Old Once is, as the title suggests, about getting old. It starts with a man waiting to see his doctor and follows him through his checkup, where he not only has to deal with his own aches and pains but also encounters the confusion, dehumanization, and general frustration of the medical system. Our main character is interrogated, poked, prodded, tested, and examined from every angle and then given a baffling pill regimen. He’s wheeled through an impersonal, Kafkaesque maze that, juxtaposed with Seuss’s trademark whimsical style, is somehow that much more horrifying. It’s funny. It’s true. It’s definitely worth a read.

Inspired by a conversation I was recently having with a friend, my next post is going to be a book confession (possibly the first of many) about all the horrible ways I mangle my books. Because, for a book lover, I definitely abuse them a lot.

Before we get to that, though, let me know in the comments below what your favorite Dr. Seuss book was as a kid or as an adult! How has your reading experience changed with age?