“The cave you fear to enter holds the treasure you seek.” – attributed to Joseph Campbell

February 1 is National Get Up Day. This is day for people to share stories about perseverance and to encourage each other to get up when they’re down. This started me thinking about the Hero’s Journey – a concept made famous by Joseph Campbell in his book The Hero with a Thousand Faces. He breaks the journey into seventeen steps, broken up into three broader arcs: Departure from home, initiation into the world’s mystery, and the return home.

Some heroes referenced in these discussions include Odysseus from Homer’s epics, Luke Skywalker from Star Wars, and Frodo Baggins from The Lord of the Rings. Most of us don’t feel like the hero of the story, though, so I wanted to look at the supposed sidekicks and other secondary characters who have journeys of their own. 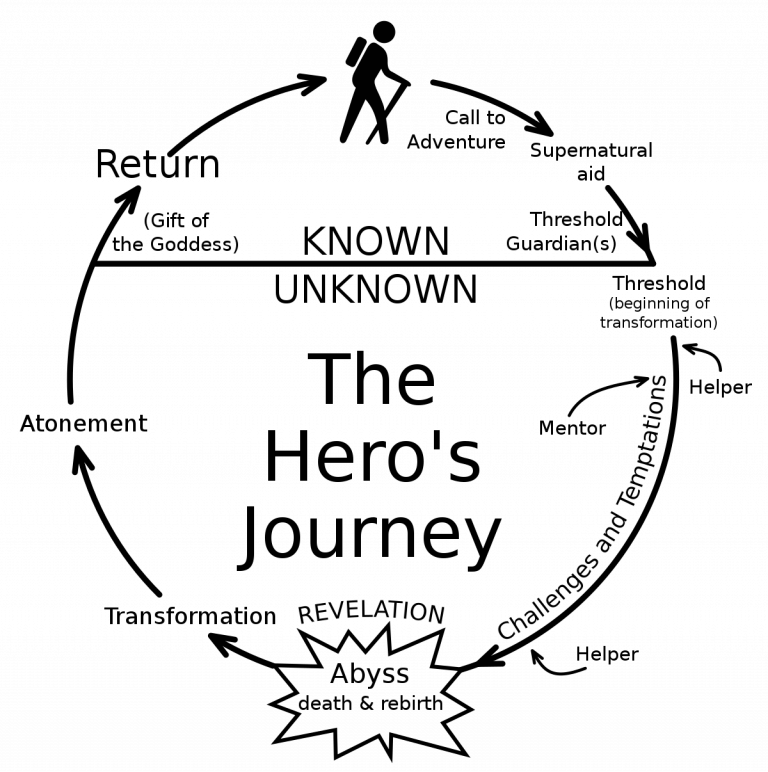 Campbell outlines seventeen steps for his Hero’s Journey. Not every character hits every mark exactly or literally, and not necessarily in this order, but these are the steps: 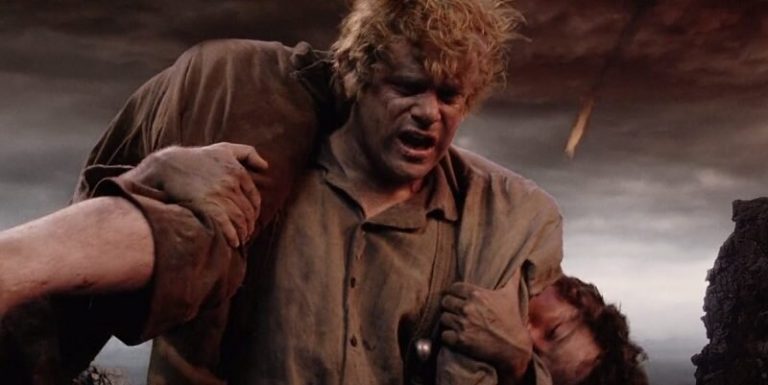 Samwise Gamgee (The Lord of the Rings)

Departure: Sam gets his call to adventure at the same time as his friend and master, Frodo Baggins. When Frodo finds out that he owns an evil magical ring, Sam heads out with him on his journey to get rid of it. He never refuses the call, but he does get plenty of supernatural aid from a wizard and some elves. They give advice and presents, and the wizard even accompanies them partway on their journey. You could argue that his first threshold is when he leaves his home or when he leaves Rivendell, a place of safety, when they decide to destroy the ring. His “belly of the whale” moment comes when Frodo is kidnapped by the bad guys. Sam needs to shed his old self in this dark time and undergo a metamorphosis. Instead of following Frodo, he chooses his own path and gets braver and stronger alone the way.

Initiation: Sam’s trials include a physically challenging walk, attacking enemies, separation from friends, and hostile friends under the influence of dark magic. Part of what gets him through is his meeting with an elf named Galadriel. Sam uses her gift to Frodo to hold onto hope and to help him fight his enemies. Sam is briefly tempted by the ring but ultimately holds onto his sense of self, which is his apotheosis, of his point of development. (He never has to reconcile with a patriarchal figure along the way.) He reaches his ultimate goal when the ring is destroyed.

Return: Sam never refuses the return or has to flee home, but he and Frodo do need giant eagles to help them start the journey home when they can’t do it themselves. Sam, Frodo, and their friends return home and use their new skills and confidence to drive out some evil that’s taken root in their absence. Then they can enjoy their freedom, though the journey has changed them and how they see the world.

I won’t bog down the article by going into detail about a lot of characters, but I will mention a couple more that you might run into.

Ron Weasley (Harry Potter): Ron has plenty of heroic moments, but he starts his journey when he helps his friend Harry destroy some evil magical artifacts (like Sam Gamgee). He’s called to the journey the same as Harry, and he passes through most of the same dangers. He feels the temptation of the evil magical artifacts as much as Harry, and he uses supernatural aid and items to help them along the way.

Han Solo (Star Wars): Although Star Wars is mainly known for the movies, there are lots of books out there featuring these characters, including but not limited to novelizations of the movies. It actually has quite an extensive expanded universe. Through a large portion of the franchise, Han spends more time refusing the call than Luke did, and he changes more over the course of the saga. Luke may’ve gotten wiser and more mature, but he’s essentially the same person throughout the original trilogy and original expanded universe (before the Disney reboot). Han, on the other hand, changes his core motivation from a self-centered cynic to a selfless hero who risks his life and risks the ship he cares about to serve a cause greater than himself. His temptations come in the form of money and safety, and his supernatural aid comes from Luke Skywalker, who rescues him when his past as a smuggler catches up with him.

Let me know in the comments below if you have any favorite quests or journeys to read about.

My next blog post will be about Victor Hugo, since his birthday is later this month.