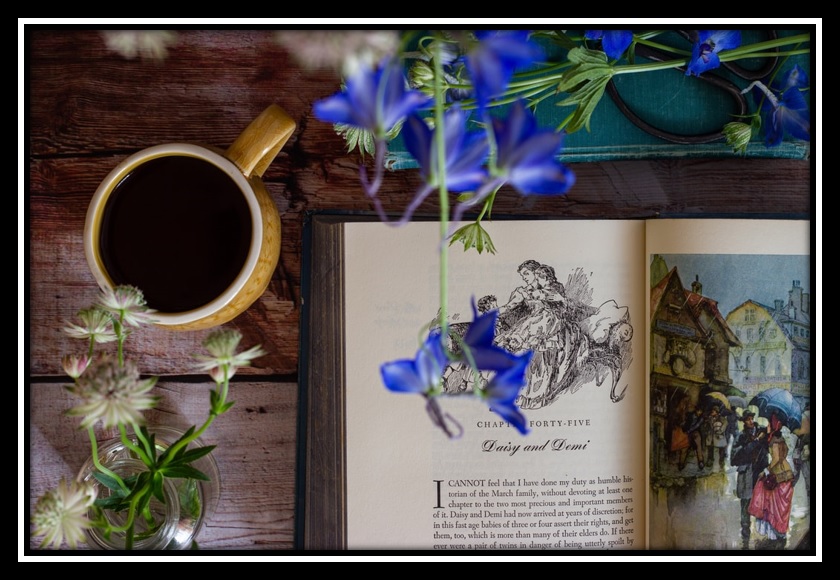 Happy International Tea Day! Actually, there are two days that claim the title: December 15 and May 21, and there are a few countries that celebrate each. I’m writing my tea post in December because I drink more tea in the winter, often with a blanket and a book. Today, I’ll talk a little bit about tea and about some books that go well with specific types of tea. Hopefully, you can enjoy these while you’re settling down for a winter’s rest. 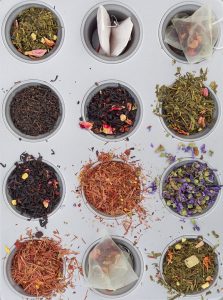 Did you know that all tea comes from the same plant? The tea plant camellia sinensis provides the leaves and buds used to make a range of teas. The reason the leaves are different colors and it turns your water different colors comes down to chemistry. The main force here is oxidization, which is what happens when certain juices are exposed to oxygen. You’ve seen it at work if you’ve ever bitten into an apple then watched the white insides turn brown when exposed to the air.

Tea leaves work the same way, and if you bruise the green leaves, it’ll darken until it becomes what we would call black tea. Green tea is slightly oxidized, and oolong tea falls between the two on the spectrum. All of these are processed to stop the oxidization at the desired point. White tea is made from new, unfurled leaves. They’re carefully handled and processed so there’s as little oxidization and processing as possible. Generally speaking, the less oxidization there is, the more delicate the flavor of your tea.

You’ll find a lot of other words attached to teas. Some of them are regions like Darjeeling, Assam, and Ceylon, which tell you where the tea is coming from. Since the taste of a crop changes every year due to weather and other changing conditions, many big-name companies will blend together a few different teas from different areas until they find the taste that their consumers expect. (For example, Earl Grey is one of the more popular blends.)

You might also run across terms like “orange pekoe”, which refer to the leaf grading system – which leaves are used, what size they are, etc. There’s not actually any orange in it.

You can infuse or decoct other things in water besides leaves from the camellia sinensis, and these are generally called herbal teas. (Generally, you make an infusion by steeping something soft like leaves in water and you make a decoction by heating or boiling something harder like roots to extract the essence.) People drink herbal teas like peppermint for a variety of health reasons or for fun and variety. Personally, I enjoy making my own, and if anyone wants to hear about some of my favorites in future posts, please comment below.

The last type of teas I want to touch on are scented teas. These are made by layering in scented materials like flowers in with the tea leaves until the tea leaves absorb the aroma and flavor. The other materials should be removed before being sold. Sometimes you’ll find bits of the other product in with your tea leaves, especially in cheaper products, but at that point it shouldn’t really be called a scented tea. (I’ll admit: I’ll still drink it.)

Different teas evoke different feelings, just like different books, so here are some books that you can enjoy while cozying up with different types of tea. 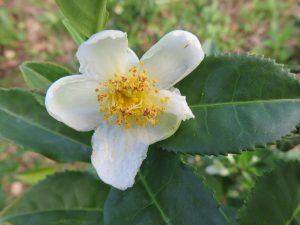 This book focuses on Sara Crewe a young heroine who loses her father and wealth all at once and suddenly becomes a poor orphan servant who’s frequently abused in her new position. However, she is determined to remain kind, determined, and hopeful in spite of her circumstances. The white tea reflects this with the youth of its buds and the purity of its flavor. The dainty quality is similar to the passages in the book where Sara is surrounded by finery, either real or imagined. Sara, raised in India and living in London, also enjoys tea parties with her friends whenever possible.

Green: Watership Down by Richard Adams

Watership Down follows a group of rabbits as they battle various dangers, from humans to dogs to other rabbits, in this fantasy adventure. Surprisingly, it’s a novel aimed more at adults than children, so if you miss the animal books of your youth but want something more complex, then this might be the book for you. And while the rabbits take their evening silflay (meal) outside, you can savor the grassiness of some green tea in the comfort of your own home.

Oolong is a more complicated tea, and it can have a variety of flavors depending on who’s preparing it. It deserves a work like The Book Thief that is told in an unusual way and ends on a bittersweet note. The book is narrated by Death, and it’s about a girl living in Nazi Germany who is sometimes living with childhood innocence and sometimes forced to face events with maturity.

Many stories in the official Holmes canon as well as non-canon works and adaptations feature the great detective and other characters taking their tea. A strong black tea works well with these stories because Holmes has associations with a lot of things that are heavier on the senses like tobacco, leather, or the foggy London streets. The Adventures of Sherlock Holmes was the first collection of short stories Doyle wrote about Holmes. There were a couple novels that came out earlier, but the Holmes novels tended to drag a little while the short stories were more engaging. You’ll also get more variety for your time investment. 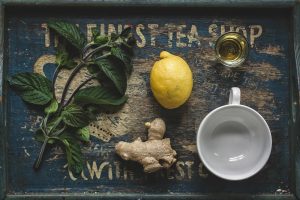 Admittedly, the first thing that comes to my mind when I drink Earl Grey tea is Star Trek’s Captain Picard, who famously preferred this blend. Besides that, it calls to mind English aristocracy and gentility, both of which are captured in Jane Austen’s intelligent romantic novel. Earl Grey tea was first blended at a time when tea companies would make specialized blends for certain people or families. The Earl Grey got this one from Twinings – a company that’s still in business today and still sells this famous blend. While I’d generally avoid promoting specific brands, I enjoy Twinings in general, and I’d recommend their Earl Grey for the authenticity. They also have a blend called Lady Grey if you want something like Earl Grey but with a softer taste.

You’ll need to be alert to follow this surreal crime story by Irish author Brian O’Nolan. He uses dark comedy and philosophy to tell the story of a man who was goaded into murder in an attempt to steal a cash box, though that box soon disappears. Reading about the movements of the cash box and the policemen investigating the crimes is an engaging experience to be savored with your morning tea, and this blend can give you that start you need.

Chai: Haroun and the Sea of Stories by Salman Rushdie

Moving from Ireland to India, we have Salman Rushdie, who wrote a couple colorful and inventive kids’ stories that would go well with a cup of chai. In this book, Haroun helps his father regain his storytelling abilities in a fantasy adventure that’s fun by itself and also full of references to other famous works. (And if you like this book, there’s a sequel that’s just as good: Luka and the Fire of Life.) Chai is an equally flavorful drink, with a mix of herbs and spices in black tea, usually prepared in milk. As a side note, the word “chai” means “tea” in several languages, so you wouldn’t really call it “chai tea”, and the type of tea that we call “chai” is called “masala chai” in India.

Peppermint: One Corpse Too Many by Ellis Peters

When I think of herbs, one of the first characters that springs to mind (pun intended) is a crime-solving crusader-turned-monk named Brother Cadfael, who stars in a series of medieval murder mysteries by Ellis Peters. When he’s not uncovering thieves and killers, Cadfael spends most of his time growing and drying flowers and herbs and using them for healing remedies for people in and around Shrewsbury Abbey. His garden boasts a wide variety of plants, many of which are still used today. Mint in various forms pops up a lot in these books, which is one reason I’m pairing it with mint tea. Besides that, both the plant and the herbalist who often administers it have a soothing presence that makes people feel good.

One Corpse Too Many is the second book in the Cadfael Chronicles, but you can read them out of order, and this one’s my favorite. That’s partly because it introduces one of my favorite recurring characters in these books (though it would be a spoiler to say who) and partly because it achieves a rare balance of tension, romance, and mystery.

Rooibos: The No. 1 Ladies’ Detective Agency by Alexander McCall Smith

Come on, what else did you think I was going to put here? This novel, and the rest of the series of the same name, stars Mma Precious Ramotswe, a detective who seems to live by this herbal tea as she’s puzzling out her mysteries. It’s a good choice, since it’s full of stress-fighting antioxidants and, since it isn’t actually made with the tea plant, it’s naturally caffeine-free. Of course, it’s also a local drink. Rooibos [pronounced ROY-boss] is also known as “red bush” tea, since it’s made from a bushy, broom-like plant and the leaves become a reddish-brown when oxidized. It has an earthy flavor that’s very different from the camellia sinensis plant, and might give you some variety in your teas if you’re looking for something new.

The soothing chamomile plant makes a classic herbal tea that many people use to help them fall asleep. That’s why it goes so well with this soothing, dream-like fantasy. I realized as I was writing this that I already used this book in my previous Book Pairings post: Love and Chocolate, so I won’t belabor the point. I’ll just say it’s a relaxing combination and leave it at that.

The Mad Tea Party in this book is probably one of the most famous tea scenes in literature, at least in the English-speaking world. The fact that the Queen of Hearts – one of the story’s main antagonists – is obsessed with roses makes this an easy pairing to make. The soft floral notes of the tea work well with this light read.

Sweet Tea: To Kill a Mockingbird by Harper Lee

Sweet tea is a staple of Southern hospitality meant to be enjoyed on a porch with friends or family. Laid-back Southern gentility is perfectly encapsulated in lawyer Atticus Finch and the values he wants to instill in his children, and it makes a perfect pairing with the drink. Since it’s an iced tea, it’s strange to write about it in December, but in my defense: it’s the only cold beverage on this list. You might want to save this one for the summer, depending on where you live, but it’s a good pairing to keep in the back of your mind.

There are lots of types of tea that I didn’t get into here. I also didn’t talk about things like health benefits or caffeine levels or other chemicals. Let me know if you want more tea posts in the future and if there’s anything you want to know more about. That’s not what I’m doing next, though. Later this month, I’ll post my reviews of some books published in 2020. Until then, please enjoy a nice cup of tea!