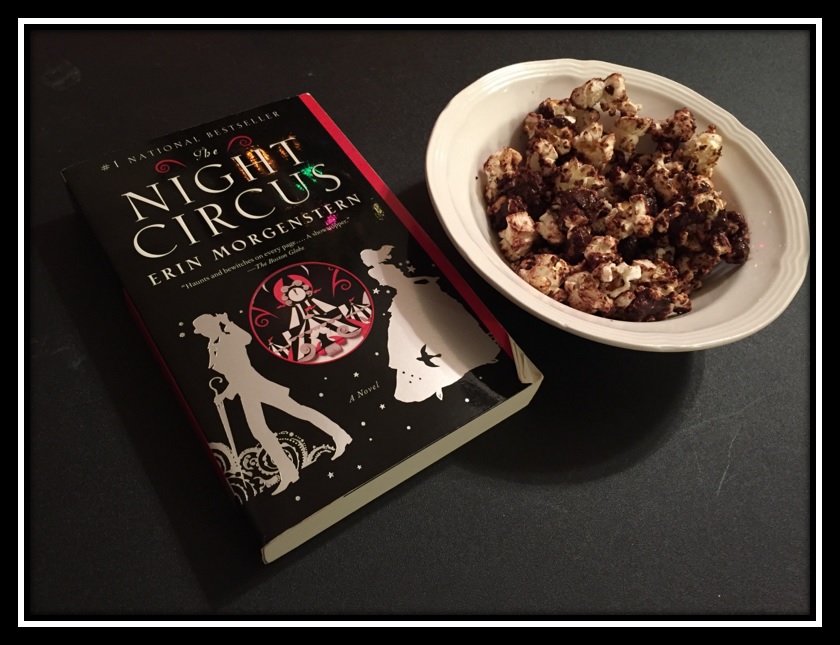 Valentine’s Day is an interesting place to start my blogging journey. My friends and family know that the romance genre isn’t usually my wheelhouse. It’s not that I don’t like it, though. I’m just very selective. Actually, that made it easy to narrow down my book selection for this list.

As for this list itself, this will be the first in what I intend to be an ongoing Book Pairings segment where I match books with foods, movies, etc. In this case, we’re celebrating Valentine’s Day with two things very closely associated with the holiday: love and chocolate. This is a list of ten romantic works that I enjoy (books, plays, and one poem) and ten chocolate goodies that you can eat while reading them. If you have any favorite pairings of your own, I’d love to hear those, too, in the comments below!

The Count of Monte Cristo by Alexandre Dumas - Éclair 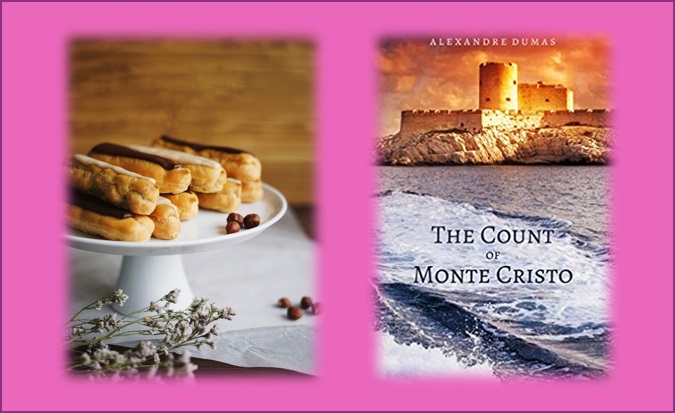 I’m kicking off the list with my all-time favorite novel. In this book, a young man is wrongfully imprisoned after being framed for crimes by men who are jealous of his life, especially of his job and his fiancée. He escapes jail, takes on a new identity as the Count of Monte Cristo, and seeks his revenge. Mixed in with the plotting and destruction are a few love stories. One is the Count’s own, but the main romance, which he encourages, is between the children of two men he’s trying to destroy.

I’m pairing this book with an éclair partly because they’re both French in origin and partly for thematic reasons. The chocolate of the éclair, like the romance of this story, is not the focus or the majority of this tasty treat, but it wouldn’t be the same without it. 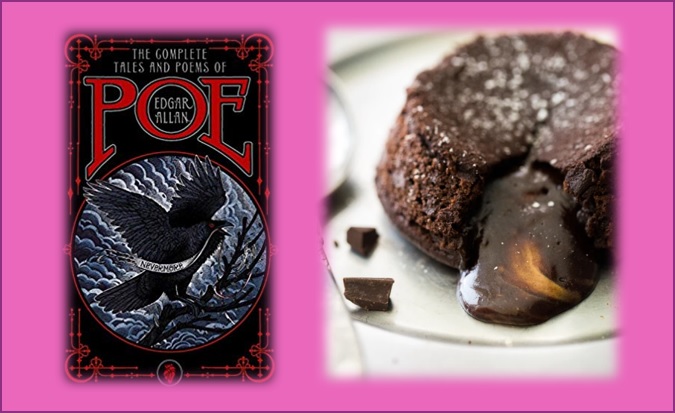 This is the only poem on the list, which surprised me, since good poetry has that precise language thar really stirs up emotions like love. Edgar Allan Poe is a master of precise wording, and this was the last complete poem he wrote. In it, the narrator talks about a woman that he loved named Annabel Lee. They loved each other so strongly that even the angels were envious, and even though the woman died, the narrator will always have ties with her.

This poem is a little piece of luxury and emotion, like that burst of warm chocolate inside the cake. And that envy that Poe says everyone feels when they see his love? That’s how most of us feel when watching someone else eat lava cake. 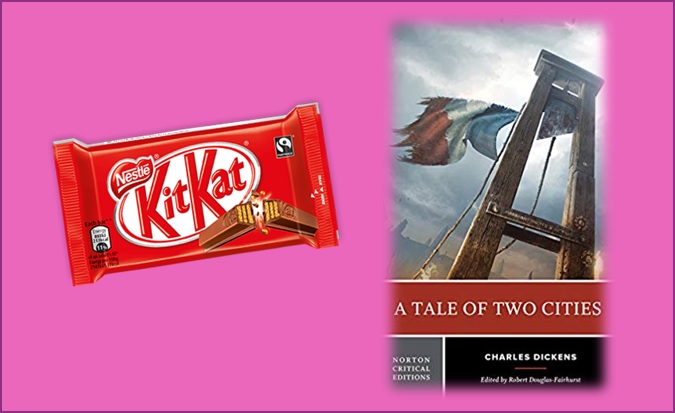 *SPOILER ALERT* You might know how the story ends, but I’m just being safe. In this book, a French nobleman named Charles Darnay meets an Englishman named Sydney Carton who looks almost exactly like him. They both love the same woman, Lucie Manette, who chooses and marries Charles Darnay. Darnay is tricked into returning to France in the middle of the French Revolution, where he’s caught and sentenced to death, but Sydney Carton decides to go to the guillotine in his place for Lucie’s sake.

The Kit Kat bar is the only specific brand on the list, but there was no getting around it. Kit Kats are the candy bars of twins and look-alikes. (Despite recent commercials urging us to choose a side and root for the Right or Left Kit Kat, they’re exactly the same, and everyone knows it.) So, next time you break off a piece of that Kit Kat bar, you can think about Sydney Carton’s ultimate fate.

EDIT: As a commenter pointed out, the left/right thing is actually Twix. Apparently, I combined these two in my head, but that’s okay. The rest of the post stands. 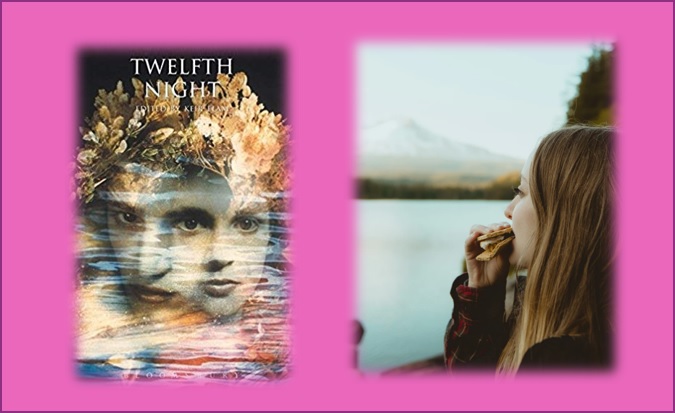 Unlike A Tale of Two Cities, Twelfth Night involves actual twins. A sister and brother, Viola and Sebastian, get separated in a shipwreck in a foreign land and believe each other to be dead. Viola disguises herself as a man for her own safety and enters the service of a local Duke, who she falls in love with. The Duke, however, is in love with a Countess, who herself is in love with Viola (who she thinks as a man). Then Viola and Sebastian start meeting the same people, who don’t realize they’re two different people, and hijinks ensue.

Since Viola survived a shipwreck and is getting out of her comfort zone in a foreign land, she’s getting the dessert of travelers: the s’more. Besides this, the chocolate in the s’more is under layers of disguise like her. 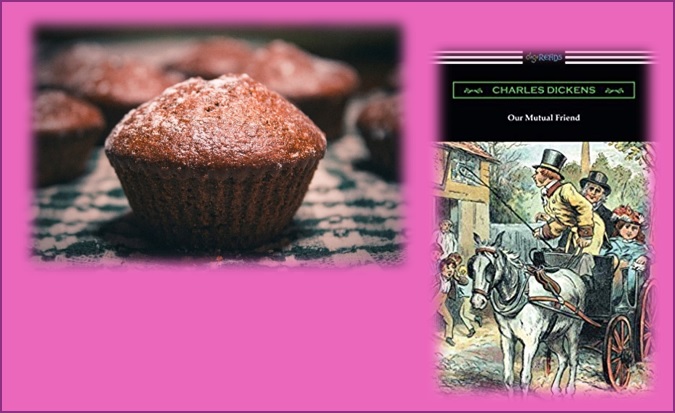 The chocolate muffin is a filling and satisfying way to eat chocolate, which goes perfectly with this substantial novel. In this book, a rich man dies and leaves his fortune to his estranged son on the condition that the son, John Harmon, marries a young woman he’s never met, named Bella Wilfer. Harmon decides to change his name and test Bella’s character to decide whether or not he wants to marry her and get the money. 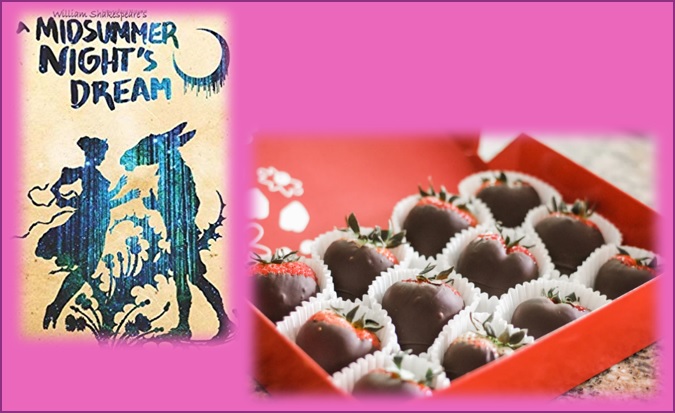 Shakespeare loved comedies involving misunderstandings, and in this one, some fairies try to sort out a love quadrangle with a magic potion and end up making things worse. As you might guess from the name, this play takes place in summer, and it gives off the impression of a nice summer dream. That’s why summery fruit goes so well with this play. When you’re wandering around a forest in the middle of a bunch of fairies, it feels very right to eat some fruit. 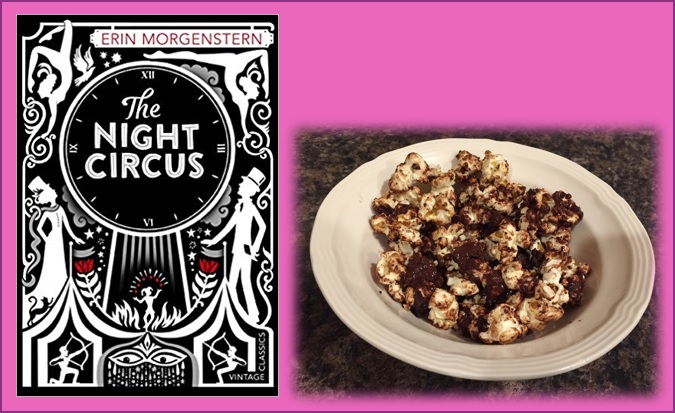 Popcorn and circuses always go well together, and this is no exception. Here, two rival magicians pit their apprentices against each other in a contest of sorcery with a mysterious circus as their showground. The apprentices don’t know the rules, but they learn that losing this type of contest usually means death, which is more of a problem as they start to fall in love. Now you can eat some popcorn as you cheer them on. Bonus points if you can get dark chocolate drizzled in stripes, since black and white make up a lot of the imagery, including the big striped tents of the circus.

The Importance of Being Earnest by Oscar Wilde - Box of Chocolates 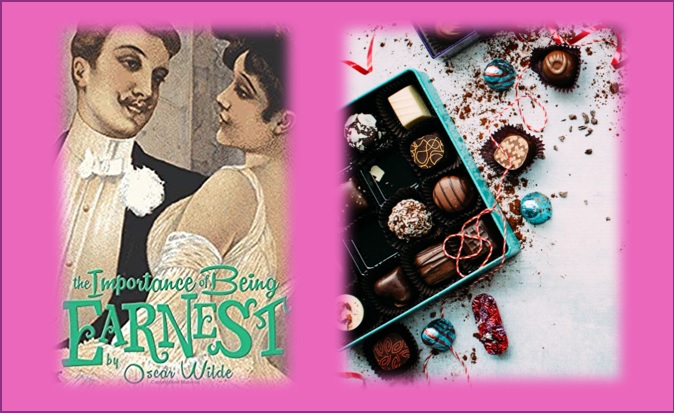 The plot of this play sounds silly when you write it down: Two women want to marry someone with the name Ernest, because they think it sounds honest. Two men lie to them about their names and identities to woo the women. The play is a satire of social trivialities and conventions of the time. They get a box of chocolates because these chocolates are often a little fancy, just like the characters in this story, and you never know what you might get. 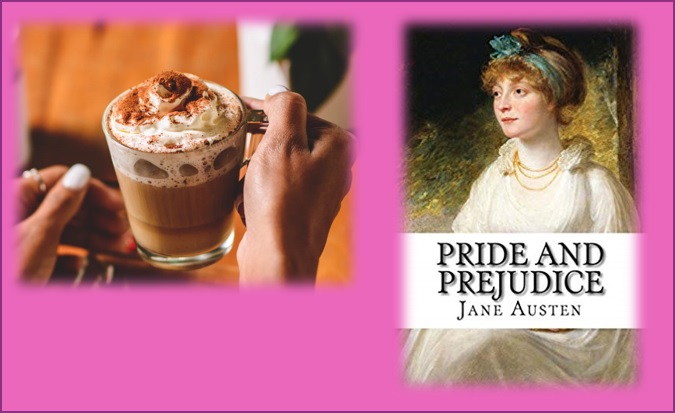 The story in Pride and Prejudice is a simple one: Two people fall in love with each other reluctantly even though they think the other one is unsuitable as a partner. It’s a favorite of many romance lovers, and of literature lovers in general, just like hot chocolate is a favorite drink of many people all over the place. It’s familiar and comforting, and you want to return to it time and again. 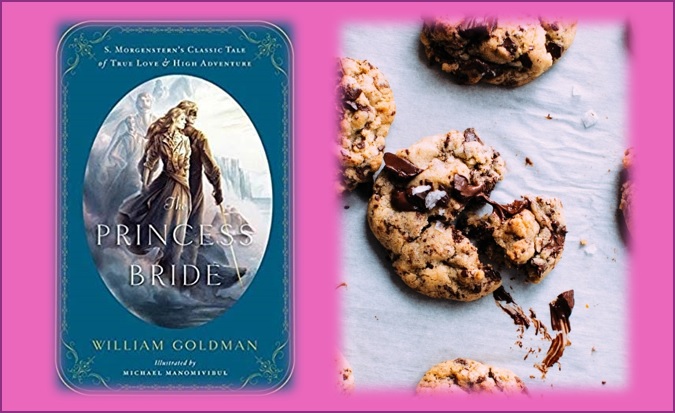 Most people know The Princess Bride through the movie adaptation. It’s probably my favorite stand-alone movie, and I’ve never met a single person who’s seen the movie and didn’t like it. Just like Pride and Prejudice, this one’s generally beloved, like a chocolate chip cookie is. Although The Princess Bride has its romanced mixed in with other plotlines (fencing, fighting, torture, revenge, giants, monsters, chases, escapes, true love, miracles…), just like the chocolate is mixed with the rest of the batter.

It’s true that the book gets some more mixed reactions, but it might help if you know the premise going in. The author, William Goldman, is writing as though he abridged a much longer work, and he spends some time describing things that he says he cut out. I mention it because I know people who thought there was an unabridged version and wanted to read it, and I want to save you the disappointment. There’s just the one version, and it’s hilarious and well-done.

Next, I’ll talk a little more about the month of love when I post a puzzle relating to Shakespeare’s romances.